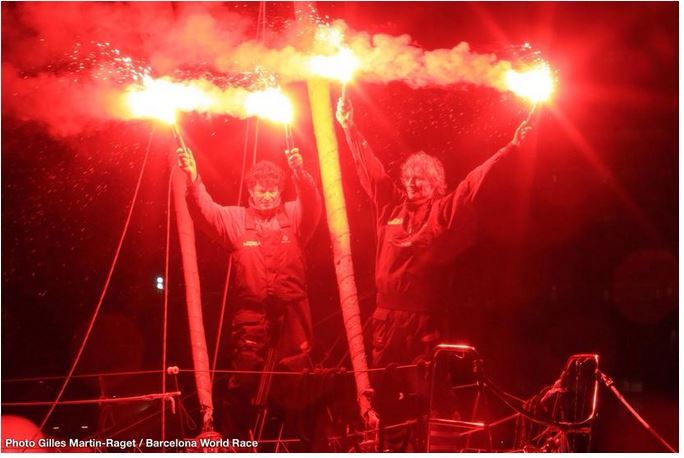 Bernard Stamm and Jean Le Cam, aboard Cheminées Poujoulat, arrived on march 25th 2015, at sunset, in Barcelona. They won the race, establishing a new record and thus a new reference time on the Barcelona World Race.

Their boat, even if not brand new, has undergone many changes to remain competitive through the years. C3 Technologies contributed to these modifications and realized the winning rudders of this race with special features developped in collaboration with the skippers.