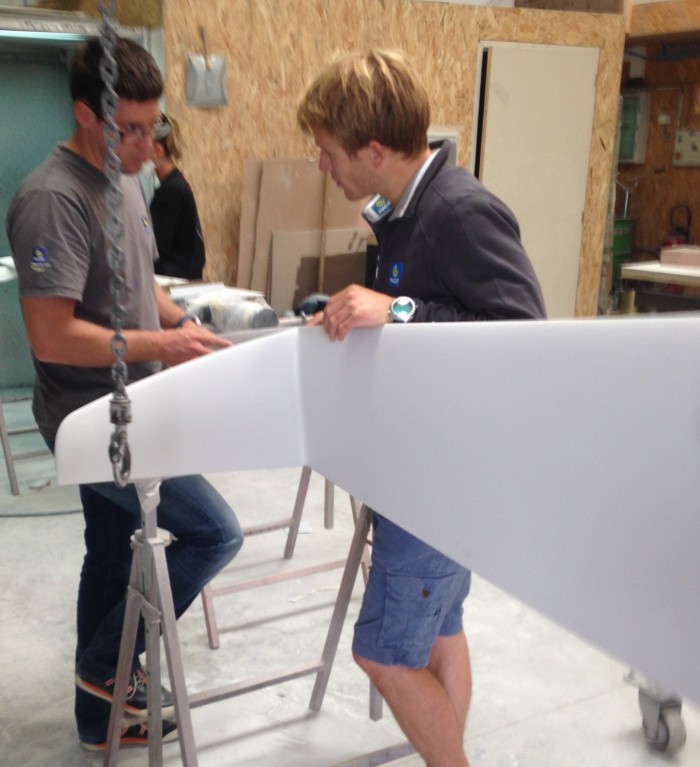 On august 18th in Lorient was launched the new maxi trimaran Macif. This 100ft boat will be handled by François Gabart and is designed to beat records in solo. C3 Technologies is involved in this ambitious project as manufacturer of the side rear tail units, the foils but also the structural bulkheads inside the boat

As most of last generation boats, Macif has rudders and foils aiming at make the boat “fly” or at least significantly lift the hulls from the sea. If the principle of “flying boats” is fastly spreading among the coastal race boats -thanks to major technological advances during the last America’s cup- the practice into offshore racing remains pioneering.