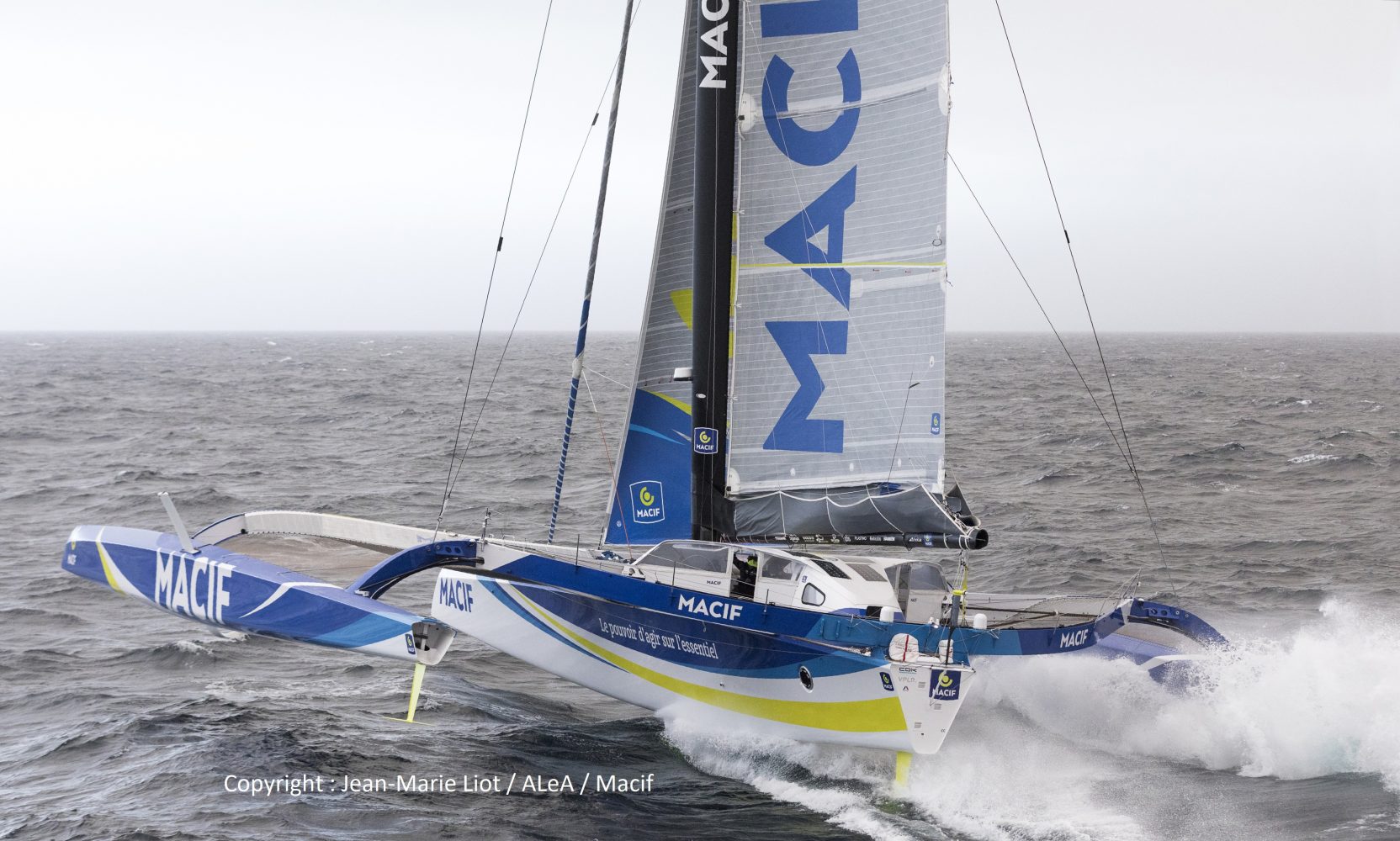 He broke the solo round the world record ! François Gabart (34 years) aboard Macif trimaran just finished in 42 days 16 hours 40 minutes a sailing around the world trip and cut the (virtual) finish line off Brest. He builds on Thomas Coville’s extraordinary performance realized almost 1 year ago and thus reduces the record by nearly 6 days and 11 hours.

Macif trimaran -François Gabart’s ship finished in 2015- was the first of tall ocean racing trimaran  to be fitted with foils and T-rudders. These innovations highlighted by the last editions of the America’s Cup are nowadays at the heart of every conception of racing boats.